The party finance law: How can a law be amended without changing anything 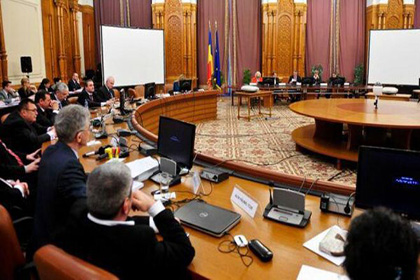 In a previous text also related to the party finance law we have mentioned Caragiale. Now I can show you how Romanian MPs managed to give a certain meaning to the quote “make amendments, but do not change anything.” In the text regarding the finance law of parties and electoral campaigns – which received a final vote from the Deputies Chamber, a provision has been discretely introduced, enabling donations to be seen as loans.

As far as we know, the new law has introduced two new principles regarding financing of parties and electoral campaigns: the possibility of parties to sign loan contracts, and have the state reimburse the expenses made during electoral campaigns. This adds to the ways of finance already present: finance by the state in certain conditions, contributions and, most of all, donations. Both loans and reimbursements made by the state do not represent major problems, in principle; on the contrary. If there transparent provisions for the implementation of these principles, they can ensure that the parties, which need a convenient legal background to develop activities under good conditions, have more flexibility and supplementary sources of income.

However, the new law in Romania neither correctly regulates the two principles, nor ensures transparency.

On the contrary, it encourages harmful practices which have plummeted the public’s trust in parties over the last two decades and it generates new ones. More worrisome is that, despite the signals and recommendations sent by civil society, international institutions such as the Group of States against Corruption (GRECO) and from the Presidents’ office, as well,

Not only did the Parliament failed to regulate the law, it remained as flawed as it was in its essential aspects, minimizing the interest for debate and pretending that important amendments have been made.

The way in which regulations regarding loans appeared in the initial text of the law (PL 95/2014), ultimately adopted in the Deputies Chamber on the 18th of March, did not expressly request the obligation of parties to return those loans. In other words, in the case of a person or company offering a loan to a party, afterwards, if that specific party, through other members which gain public office, takes a decision that favors the person or the company, the loaner can decide by him/herself that there is no need for the party to return the money. Therefore, the loan becomes a donation or a payment for a specific service (it depends on the perspective).

Together with the colleagues from the Center for the Study of Democracy, we have forwarded the President a statement requesting the revision of the law, emphasizing, among others, this problem. On the 14th of April, the President’s Office requests the Parliament to revise the law, taking into consideration mainly this case (argument 2).

The MPs from the Commission of Electoral Code claimed that they agree with the arguments of the President and that they will adjust the law according to the specific observations. The text goes directly to the Senate, where it is adopted on the 22nd of April. In the text adopted by the Senate, article 3, line 5, a modification meant to improve the law appears in the text: “The loans in money stated at line 3 (3 years-nr.) that are not returned in time are considered donations, in accordance with the provisions regarding donations”. At least it is clear that any form of loan unreturned is automatically regarded as a.

After the Senate adopted this text, it went to the Chamber of Deputies, the decisional forum. In a new meeting of the Commission for Electoral Code, on the 28th of April, it voted a favorable report which modifies article 3, line 5 in the following way: “The loans which are not returned in the time set under line 3 become donations only in the case when both parties entitled agree and only if the limit of donations have not been exceeded under the provision of article 5, line 1, up to this limit.”

If it is still not clear enough, I am going to say it out loud: With this rephrasing we have come back to the initial point, in which there was nothing set clear about the obligation to return the loan. A point has been reached where confusion was created to give the impression that amendments have been brought, but essentially the law remains unmodified.

The agreement of both parts is sovereign and the reference made to a level is only illusory, because the parties have never reached the mentioned limits or they are very careful in the way they report so it looks like they were not reached. At the same time, MPs claim that the new form of the text is the result of the pressures from the civil society and the President’s office!

On the 6th of May, the Chamber of Deputies gave a final vote (final-final, because the President cannot ask again for the text to be revised).

Meanwhile, a few members of the Electoral Committee, among them, the president Mihai Voicu and the vice-president Gabriela Podaşcă had several meetings with civil society NGOs involved in debates on topics related to the party laws and the law of local elections, voted also on the 6th of May. Not even a word about the amendments related to the loans previously mentioned.

The information mentioned previously does not necessarily represent news. References to this amendment are familiar in the media after it has been passed. However, things could have taken another turn and adjustments could have been set before the final vote, but now we have the final image of the process.