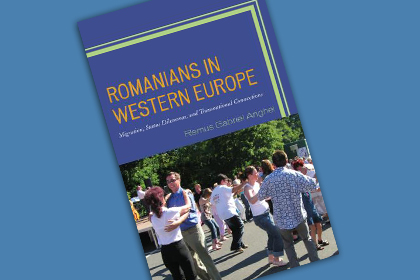 In recent years, Romanians have become the second largest migrant group in Western Europe. Following the liberalization of border controls and the massive economic and political changes in Eastern Europe, human mobility has increased and is becoming a permanent feature of post-Cold War Europe. The arrival of many Eastern Europeans, with Romanians being the largest migrant group, has produced public concerns on immigration in some West European countries. This is particularly the case in Italy, where Romanian irregular migrants are often stigmatized as poor troublemakers by authorities and the mass media. This book challenges such commonly-held assumptions that artificially divide migrants into categories of wished and unwished immigrants—winners and losers of international migration.

This book compares two migrant groups. The first is composed of ethnic Germans who migrated legally from Timisoara, Romania, to Nuremberg, Germany. The second is made up of those who migrated irregularly from Borsa, Romania, to Milan, Italy. The analysis highlights a paradoxical situation. Irregular Romanian migrants in Milan had fewer rights and opportunities, yet through migration they gained prestige and came to enjoy a sense of success. Alternately, the Germans who had migrated to Nuremberg, who received more rights and opportunities, perceived that they had suffered a loss of social prestige. The focus on migrants’ social status employed in the book seeks to clarify this puzzle and provide an analytical framework for researching the linkages between the migration and incorporation of Romanians—who are today European citizens—and European states’ migration policies and migrant transnationalism.