A Rapprochement without Reconciliation: Romanian–Hungarian Relations in the Post-Communist Era 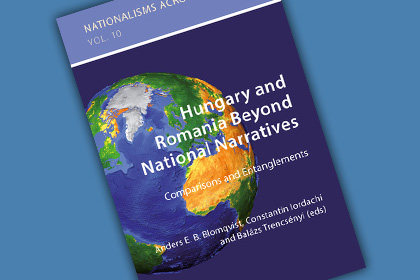 The bilateral treaty signed by Romania and Hungary in September 1996 put an end to long period of tense interstate relations, burdened by historical grievances, mistrust and suspicions on both sides, and inaugurated a chapter of cooperation unprecedented in the history of the two states. The bilateral treaty paved the way of the two countries’ accession to the NATO and the European Union, and various forms of dialogue and consultation were subsequently institutionalized, including regular joint meetings of the two governments. The spectacular evolution of the interstate relations has not been followed, however, by a true reconciliation of the two nations. Beyond the façade of the outstanding intergovernmental cooperation, the public discourse in the two countries remained dominated by patterns of mutual mistrust and prejudice, the dominant identity structures are still conflicting, and there are influential political forces in both countries ready to exploit, whenever their interests demand, the unsettled disputes between Romanians and Hungarians. The chapter explores the conditions which could yield proper social bases for a genuine reconciliation.